Lahore has been a center of educational, literary and cultural activities since ages. In this regard, the city has a majestic significance. Who so ever comes here; becomes a part of this conurbation. An impressive belt of legendary personalities came and permanently stay here due to the magical effect of Lahore. Allama Iqbal is also among these glitzy ones.

In different time periods, many eminent personalities contributed to education, literature, and poetry. Owing to these activities the name of “Pak Tea House” is at the top of the list, which has its own history and was a dominant spot for the glooming of art, literature, and culture.

In European countries, the custom of tea houses and qehwa houses is very hoary. Located in every market, these tea houses entertain people of different races and colors, castes, and creeds. Where along with tea and qehwa; discussions take place on every outlook of the world. During British rule in 1939 and 1940, a tea house was established in Lahore, located at the bank of Mall Road towards Neela Gumbadd.

This tea house was named as “India Tea House”. Where people from the different school of thoughts used to come. But no one even imagines that this tea house would become a center of writers, poets, and literary personalities.

In 1939, “Bazm e Daastaan Goyian” an organization for the preferment of literature was founded. Naseer Ahmad Jami was selected as a first General Secretary. But after six months the name was modified as “Halqa e Arbab e Zouq” that is still prevailing. In 1939s the processions of this Halqa took place in YMCA’s hall. Afterward, they started to ensure at the upper floor of India Tea House. However, before this, all the organizations like Bzm e Adab Punjab, Anjuman e Ittehaad e Punjab, Anjuman e Matalib e Mufida Punjab were working in collaboration with each other. After the foundation of this tea house, all the members of these domains moved to this forum.

Then in 1943, an organization emerged with the name of “Halqaa e Arbab e Ilm”, whose focal person was BaedaarBakht. Amongst his companions were Agha Shorish Kashmiri, Syed Nazir Zaidi, and Malik Aslam Hayyat. Later on, in cooperation with Molana Hamid Ali Khan an Anjuman named as “Urdu Sbha” was established; which was participated by Professor Pitras Bukhari, KhwajaDil Muhammad, Dr. Muhan Singh Dewana and Dr. Shanti RoopBhtnagar. 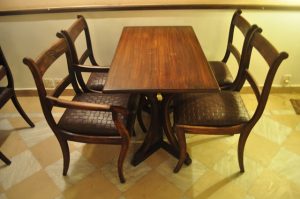 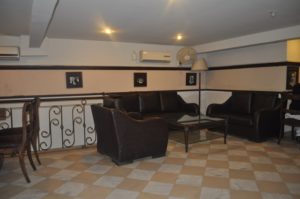 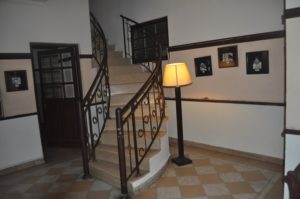